Mananchira Square is an added beauty to the Calicut city.I studied my 9th std and 10 std in one of the schools which surrounded this beauty garden.Since I had this fascination for extra-difficult maths and physics problem,Salmi miss and Annie miss had a special affection towards me.We three were a nice company after the school hours.They used to tell me how much I helped them in reading about new things 🙂

One day,after this problem solving session I was waiting for the bus at the Main Post Office bus stop near the Model Boys’ School.Only after reaching the stop,I came to know that some unexpected strike is about to start at 6pm to 6am next day.The time was around 5.20 pm then.Since the school rush was over,the bus stop is almost deserted with a few people standing at the KSRTC bus stop a 500m away.

It was then I heard some conversation behind me.I didn’t bother about it as I thought two strange people were talking.But after sometime I understood,it’s not two people but its one guy talking all that dirty things to me.Since these kind talks were heard often,I moved away from the guy decently to avoid further issues. 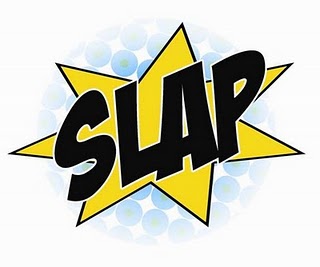 So I slowly walked to near the KSRTC bus stop where there was a family waiting for the bus at some 200m.Phew!!!Safe enough.

It was then he took my hands forcefully as if he was my local guardian and whispered “let’s go”.

I still don’t know from where I got the strength.My blood was flushing with anger.I shook my hands in force to get away from him and slapped him right on his left cheek.The slap was too hard and unexpected that he fell to his right side.Next second a bus came and I got inside.May be it was God’s grace that the bus started moving when I got inside.I sat there shivering very badly.I was not getting out of the shock.I didn’t have the guts to look back to see whether he has also got inside the bus.I took water from the bag and gulped it like a crazy girl.

I got down from the bus with shivering legs.I couldn’t walk steadily as I was too scared.I looked back once and I ran to my home.My brother was playing outside but he was too busy to look at me.I rushed to the bathroom and stood under the shower for five minutes.I was still shivering.I dried myself and went to the Pooja room and broke down.I lost all my strength.

I went to my room and lay down.By the time my mom was back from office,I was shivering with fever.She gave hot coffee and a tablet and I slept peacfully.I was alright when I woke up for dinner.I told my parents the story and they went panic!!!

For the rest of the week,my parents dropped me at school on their way to office.

But to be very truthful,it took nearly a month for me to get out of that shock. 😦 😦 😦